There were tons of excitement in the streets this year as the Carifest parade show-casted some of the culture cultural themes among the Caribbean islands while inviting those internationally and locally to apart-taking in the festivities in downtown Calgary starting from Olympic Plaza and ending at the Shaw Millennium Park!  Many Calgarians, onlooking along Stephen Ave, were treated to free sampling of music, elaborate costumes and colourful cultural clothing, and dancing along with various floats, or in this case trucks, representing Caribbean islands such as Trini and Tobago, St. Lucia, Haiti, Jamaica to name a few.  The parade concluded and congregated at the Shaw Millennium Park where the participants of the parade and the community were exposed to more Caribbean culture, food, music, cultural clothing arts and performance.

For those interested in a brief synopsis  and history, according to the New York Times article A Party to Remember, an Island at a Time

The traditional season is February, coinciding with Lent, the 40-day penitence period before Easter. That’s because most Caribbean Carnivals share a history that stretches back to the 18th century. As European colonizers heralded Lent with sumptuous masked balls, African slaves staged their own versions of such reveling, lampooning lascivious masters and incorporating West African traditions — drumming, stick fighters, stilt dancers known as moko jumbies — into the mix..Baz Dreisinger

Although not held to the same capacity of Toronto or even Trinidad, the fun and excitement were no less for Calgary this year celebrating in similar Caribbean fashion along side the local community with family and friends. 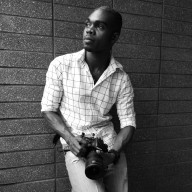